Gaia Project is a journey into the lost connection between our body and the body of the Earth, through an artistic practice.
An umbrella which houses collaborations among different artists and different moments of work-practice-research and performance.

It endeavors to create awareness, awaken consciousness and responsibility to restore our relationship with Gaia and come to experience its natural integrity.
The vision which sustains the project is the perception of Gaia as a living organism in transition together with the human and all living beings as an integral part of the body of Gaia.

Gaia Project has been initiated by dance artist Marisa Grande and video maker Raul Anderson. They share their commitment to grow in the endeavor of living a creative Life.

ISHTAR – The Body of the Goddess

A dance performance and a video installation in dialogue with art exhibition ‘ISHTAR – the race of the opposites’ by land artist Maurizio Russo.
The artistic collaboration with M. Russo developed on the topic of oil and gas exploitation on land and sea in Algarve, a threat not only to the landscape, social and historical heritage of this region but to the environmental future of Portugal and the Planet.

Our artistic contribution focuses on a creative process with the intention of opening up spaces of collective imagination and sustainable synergies within an evolutionary vision of the man-nature relationship. 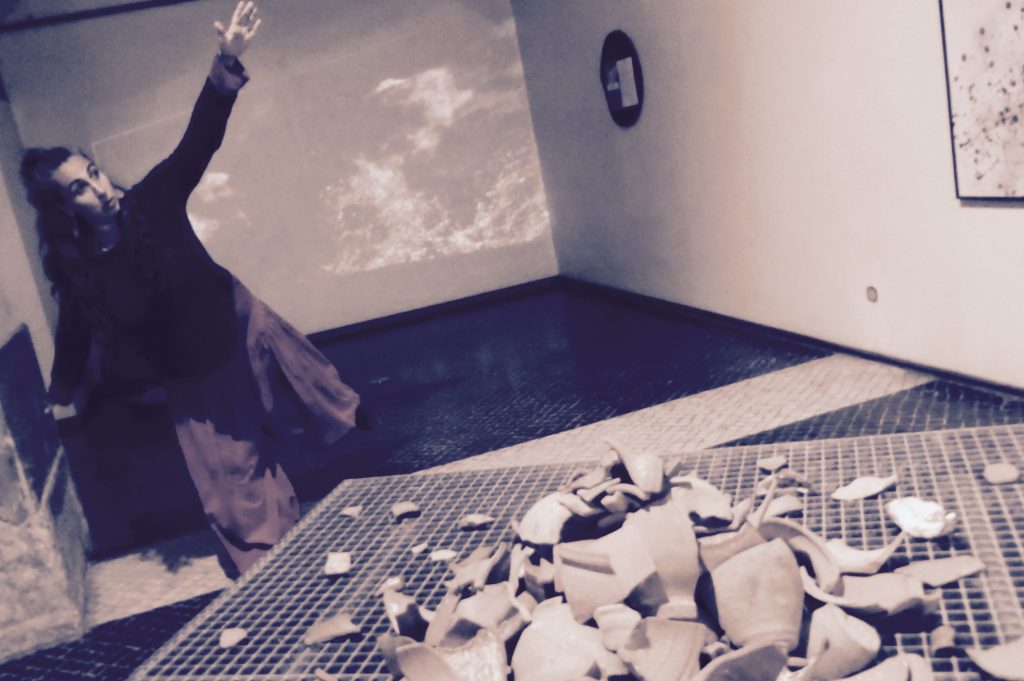 A site-specific piece traveling the village of Pescomaggiore, moving through the caves, stables, abandoned houses and small street; as a result of an artistic residency on the relation between body, shadow, image, poetry on the topic of mother Earth, her cavities and her movements… Pescomaggiore is a small village, which has been abandoned due to emigration and the earhtquake of 2009.

Organized and supported by EVA eco-village built after the devastating earthquake of 2009 in the city of Aquila, Italy.

Postcards from Gaia – messages from the Earth